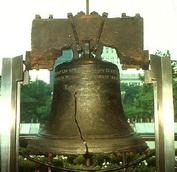 So what is going on in America right now that concerns the several state Jural Assemblies? As was pointed out on page one, we now have a “Committee of the States” which was formed by the Continental Congress. That committee is right now putting together the remaining eleven territories, their state constitutions and seals.

When the fifty states are brought forward with their paperwork in hand, another Continental Congress will come together and the “United States of America,” will have been formed properly for the first time ever in our history.

Remember, our forefathers did not do right by the people. The forefathers created Constitutions united with the British Crown and not the people. So it is very important that if you are reading this, you must understand that the assemblies are finishing what was never done in 1781. The forefathers failed to finish the work started in the Articles of Confederation and Perpetual Union.

We are now completing that process for the first time ever!

So how do we free ourselves from the stranglehold of this British and French backed den of thieves? The answer is to understand how they rope us into their rotten sinister schemes.

The answer is that by presumption it is always voluntary. In other words, “We volunteer!”

They tell us that we owe “income Tax, and because we are either naive or trusting, it doesn’t matter which reason, but we play their game and pay the bill.

So, if I get a bill every year from “Blockbuster Video” and I pay it, even when Blockbuster has been out of business for ten years, whose fault is that?  It’s my fault because I did not question the motive and the actual billing agency. The Billing agency for the “income Tax” is not in the United States! The IRS is a foreign corporation.

The local and state and Federal Courts are operated by foreign corporations. So the answer to the question above is a matter of what is referred to as jurisdiction.

Mankind is in control of the Land.

Further explanation would be to ask, what is the sea?

The jurisdiction of the Sea is everything that moves as a current, like an ocean current, across the ocean; how about everything that flows as cargo from one destination to another anywhere around the world? People are cargo, animals, machinery, food, services like moving money around your state is called currency, those all are controlled by the Sea jurisdiction. This is called commerce.

All of the Sea lanes that move entire armies and navies of warships around the world are controlled by the Post Office. It is the United Postal Union that controls all commerce. Every time a ship at sea, or a truck for the Post Office, or Schwan’s Home ice cream delivery comes to your house, it is commerce. We work at commerce every day. The specific word I am using here is “AT.” We work “at” commerce. We are not “in” commerce. Commercial corporations work “in” commerce. The people in pennsylvania are not in commerce. So living mankind work in trade and at commerce.

Only dead entities, such as corporations, which we created, are considered dead. Anything that is manmade is not living. This is the determining factor between jurisdictions. Are you alive?

A living mankind works “at” commerce and not “in” commerce; because a living mankind is not dead. So again, let’s keep our course and answer the question we started with. So how do we free ourselves from the stranglehold of this British and French backed den of thieves?

The answer is, the British and French work “in” commerce. We work “At” commerce. They are dead corporations. We are living Mankind.

When I use the capital letter “P” in Pennsylvania, it is in Commerce. My real name is timothy-alan: harmon. That spelling is not in commerce. When I spell my name using capital letters, “Timothy Alan Harmon,” as we were taught, the name becomes commercial.

So this means little unless you are in their courts. We will talk about their courts on another upcoming page.

The point of this page is to explain jurisdiction. A living mankind is born “in” the soil and works “at” commerce.

A corporation is a created “dead” entity and is born in commerce and very importantly, “Corporations can only work “in” commerce.”

A living mankind, which is a man or woman, is not “in” commerce, but again works “at” commerce. So a mankind is not “in” the jurisdiction of the Sea. We work “at” the jurisdiction of the Sea. So I can but the toothbrush and not be concerned with any commercial liability. You see commerce pays taxes; they are allowed to pass the tax on to the consumer, but the commercial entity actually is liable for paying the tax. Taxes are commercial.

So let us look at this again. Commerce works according to “Bills of Lading.”

If I ship a package using “Federal Express” FEDEX, the shipping manifest is a “Bill of Lading.” It has the product being shipped, the insurance, the costs of insurance and shipping, the address to which it will be shipped and the pick-up address. So what am I explaining? I am explaining how we as living men and women work “at” commerce. It is the corporations that are “in” commerce that do the shipping.

So the government, the army, navy, ships at Sea, Trucks moving products all move “in” commerce.

The only way commerce can cause you to do anything is by contract. You must create a contract with them for them to have any authority. If there is no contract, there is no “Bill of Lading” they have no authority. They cannot move you through commerce without a Bill of Lading.

Let us look at this in summary. Commerce is like currency or a current of water flowing and moving around the world. So products, money, people, armies, basic contracts move around the world which is commerce. All corporations move in commerce at the Sea jurisdiction.

Living men and women work at trade, not commerce. Mankind works at the jurisdiction of the Land; you cannot mix the dead and the living. We cannot work in commerce. Let me repeat, a living man or woman is not in commerce, except by contract or a bill of lading. The living mankind works “at” commerce and not “in” commerce.