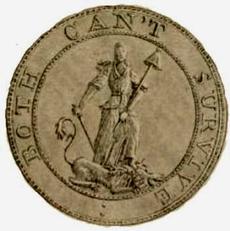 Self-Governing is sort of misidentifying. Our republican form of government is of the people, by the people, and for the people.

Our governing of our own bodies and mind is not singular, but pleural. I have a neighbor and I know where my bricks stop is where his lawn begins. We are never alone on our planet in governance.

I would think a singular man is self-regulating, but not self-governing.

We do not have a government of a man, by a man, or for a man.

We have a government of the people and the first unit of the people is a family. When a man walks into a court, that court is not made up of singular persons. Even the defacto considers what they do as a representative of their chosen people, U.S. citizens.

Sometimes doing his or her best is great and sometimes it is below par. It doesn’t matter. One may have been up against extraordinary odds and come out the victor, or those same odds may have made one angry, upset, and annoyed, but when he or she does their best, there is no complaint found.

Our republican form of government is not ruled by one man or woman, so no reward can create the satisfaction that is outside of that group. Without participation in the unit, no assembly exists. But, when participator’s work together that is called Self-governing because the ego, the singular man, has put down his or her theocracy for the good of all.

A man in assembly is one of many, and we must bring aid to one another. If we claim to be the leaders of the State then we are the leadership of the local Militia’s. When one is in trouble, the whole militia goes to the aid of the one. The army does not send a man to do the job when a squad or division is required.  My thoughts are based on a simple fact that a single man is vulnerable in any type of battle.

There are two very distinct sides that are before us. There is truly darkness and light; wherein one is a shadow of truth and the other is upright in heart and mind. One appears as a light but is darkness, the other is the light that when it appears disperses all darkness.  When the light appears, the darkness must flee.

A man and a man’s paperwork will not hold up under scrutiny like an assembly of light in the darkness.  If one light will make a hundred flee, ten lights can make a thousand voices of darkness flee.

The argument could be that you have the voices of our forefathers behind you in court, so one can stand alone. I would not argue that point. I will point out that it was an assembly of mankind that created every great declaration. It was not a singular king. So the one man is not alone but has an assembly of living voices and declarations “by the people” behind his words.

I sincerely believe that if we recreate this message over and over in every county, this is what the people “Want” to hear.

Yes each man or woman having a problem with some aspect of living will look for solace and remedy. Yes, singular man and woman and family will need our guidance and wisdom. But “We the People” is where they will have come to for relief.  It’s not a singular man or woman.  Only together can we move tens-of-thousands into a Land Based Mindset.

We are not herding persons back onto the land.  Nobody is moving back onto the Land.  We are taking our rightful places at the head of the table. We are only stepping up and taking on the responsibilities of self-governance. And therein Self-Governance is not singular.  Self governing is an action of determined Assembly.

The only government we have is by the people! So people must start ruling themselves. We rule in Assemblies.

If we do not rule ourselves, somebody else will make all the rules for us!

I do not see a man’s singular paperwork putting the man on the land. It takes a little more than that. We must get the word out that “it takes a community, to rule a community.

There is no Republican form of government is a singular man. Can that man make a claim of being born on the land? Yes, of course! And can he claim to be “The last man standing?” Yes, of course!

Does that man have to fill out some sort of paper to prove he is the last man standing?  No! Of course not, he has but to only speak the words. Is that man a Republican form of government? No, he is not! He is a king in his own right. So is it good to be king?  Yes. What is he king of? He is king of his own body, land, improvements, and private property. What is his private property?  That is his offspring and wife. And does his wife own anything? She, the Queen, owns everything the same as the king. She owns the king and the offspring, the land, improvements, and all of their private property also.

Does this king or queen rule the community? No!

The community is ruled by all the little kings and queens in Assembly! Without the rulers coming forward to rule in assembly, there is no Republican form of government. We were born Kings and Queens, it’s about time we start acting like it and taking responsibility for our own remedies. We are strong! We are Assembly!