Let us start off with a couple of simple statements that will bring a quick explanation as to why this page is so important!

DOG-LATIN The Trick of ALL-CAPS!

Key-TO-Conferring the Ledger upon the Unsuspecting Illiterate Ignorant Masses. The key to their deception is not to send you a bill but to send you “their” account in order that you agree to become the “trustee” of “their” account!. that’s right! it was never your bill that appears in the mail with your (So called) name appearing in the false Dogged DOGLATIN, it’s pure grammar that confirms that proper “names” are never “SYMBOLIZED”, they are “Capitalized” and when you see: “SMITH” and not “Smith” or the symbol: “MR” or “MISS”, you are looking at the foreign accounts or “LEDGERS” of a foreign (Roman) entity sealed in It's coffin (Envelope or Article) waiting for the illiterate ignorant masses to claim their debt property appearing as a “symbol” of “their account” that looks so much like your name, and once you “Break the Seal” of the sealed envelope, the “spell” (Contract) within, the contract to pay the debt, will be attached to the LEDGER that you claimed, rendering their account to be settled by their new consenting debtor, YOU, being the one that “Claimed” the ledger appearing within such an Article or what you assumed was a bill in your name. It was their Account! and they needed a fool to hold their LEDGER, dogged into “their” dead DOG-LATIN text in order to subject you to the accounts of the underworld.

So I have to add this one thought. It was the Vatican that created this whole mess. The Vatican created this deceitful sign language They did it because the only thing between Religion and God is man. So if they can enslave man, then they will become the rulers having the dominion that God granted to man. The Vatican is deceitful to the core from the beginning. Jesus warned "Be careful of the SIGN!"

An Account of “Grammatical Crimes” of Corporate Governance, courts and enforcement agencies by the use of DOG-LATIN: a “debased” criminal immoral foreign written language that renders all such DOG-LATIN documents, tendered by such corporate private governments, as “counterfeit”. DOG-LATIN is unhyphenated all uppercase Latin symbolic text that follows the grammatical rules of English and not the grammatical rules of Latin. It is the language of the Illiterate, (Black's Law Dictionary 4th Edition) it looks just like English, “IT LOOKS JUST LIKE THIS” but grammatically, it is the deception right under your nose… It is the poison in the text, it is the corruption in the contract. If you hold any part of this debased criminal all uppercase text of the dead corporations, such as your Driver License, you are claiming membership to the Underworld, criminal counterfeit, corrupt, corporate world of the Dead Corporations. You become a criminal. 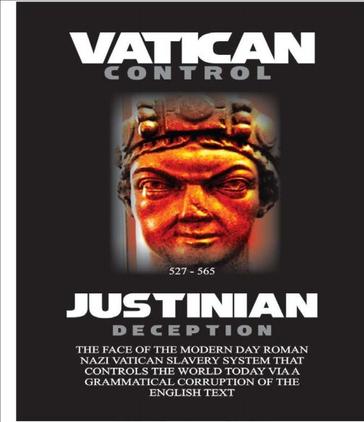 Do you realize that this DOG-LATIN is used on your drivers license, marriage license, social security card, voters registration, banking statements, utilities, corporations, and all documents pertaining to any contract you make with the corporate government! And Dog-Latin is a fraud.

number 1; ​​“Ignorance is negligence” In any court this is law!

number 2; "Incompetence is negligence" In any court this is law!

​      1. What on earth does this mean? If you are ignorant of the Law, they do not care. You are negligent in not doing your due diligence concerning your responsibilities in court and you will lose.

2. If you take an attorney into any court, it is because you are incompetent to stand as a man. Therefore you are negligent of the Law and you will lose.

So moving along, there is a language that is used by bankers, governments, attorneys and courts that is called Dog-Latin.  Dog-Latin is the use of ALL CAPITALIZED letters in court documents. The use of two or more languages in any court document is not lawful and is a fraud. All court documents that have ANY capitalized words are written in two different languages.

The writings found at the link here below will explain this deceitful language. Every man or woman who desires to be sovereign should understand this language or the deceit of the language so you are not negligent of the Law! 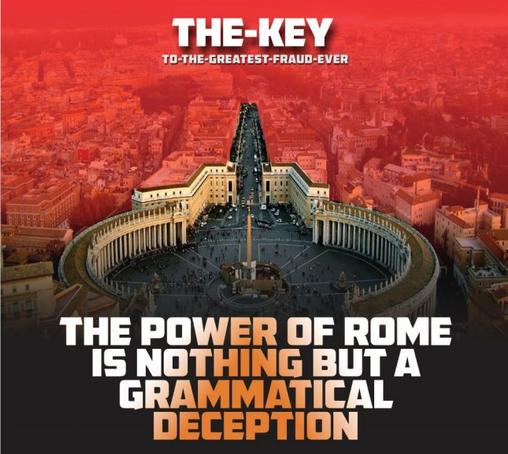 The DECEPTION: (DOG-LATIN) So what did Justinian do in order to gain so much power and authority over man? He created the greatest deception concept ever perpetrated against living man in modern known history, he killed man without any one ever knowing that they were all legally dead, sacrificed at birth, dumped into the sea (Sea of commercial paper) in order to be “salvaged” by the Roman Empire before they were ever aware that they were assumed dead, lost at sea and never likely to return. Justinian (Emperor of ROME) and his legal team between 530 and 560 AD created a governmental masterpiece of modern day deception in order to deceive the public into “falling into” the private military contracts of the Roman Empire, under the direct control of the VATICAN in order to forgo true justice.

So, my name is timothy alan harmon.

In normal English grammar I would write this sentence;

"I am timothy alan harmon."

In Latin the same sentence would read;

In dog-latin the same sentence would read;

I AM TIMOTHY ALAN HARMON, grammatically this sentence can no exist because when you translate Dog-Latin into English it looks like this;

Notice the periods after each word. This is five separate sentences in English and does not exist. It says, I period; am period; Timothy period; and so on.. So all Dog-Latin taints the text on any English grammar pages it is written upon.

It is a deceptive language. Court Papers MUST be written in English ONLY. And Dog-Latin looks like English, but it is not English. It is actually not a language that any man can read properly. Dog-Latin makes no sense grammatically, NONE!

Always question this deceitful language. "What is this other all Caps language on this paperwork?"