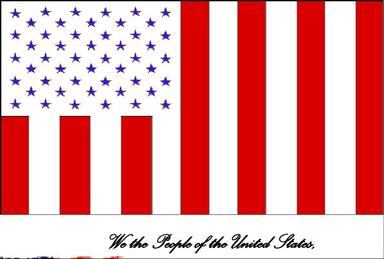 ​ What we believe is what we give our power to; do I believe in the Fear, Lack, Pain Matrix? Or in the Matrix of Love, Joy, Peace and courage?"

We are born with the Law of God in us. That Law is inherent in that I can not give away my Rights because that would be like giving away my inheritance to the Kingdom of my Creator. My Rights are as much a part of me as my heart, lungs, or the blood in my veins. I can not give away my heart or my freedom of speech, freedom to travel, freedom of religion, or the right to protect my-self and my family from intruders or tyranny. 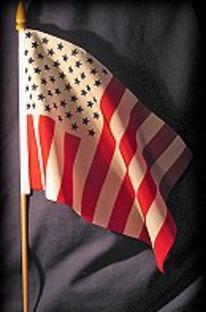 Following the Federal [Constitutional] Convention of 1787 and the subsequent ratification of the Constitution in 1788, the several States began submitting amendments to Congress for consideration. By September of 1789, Congress had reduced approximately 210 separate amendments to 12. The amendments were inserted into a congressional resolution and submitted to the several States for consideration. Of these, numbers 2-12 were ratified by the States in 1791 and became the so-called Bill of Rights.
A little known fact about this resolution is that it contained a preamble declaring the purpose of the proposed amendments. Most modern editions of the Bill of Rights either do not contain the preamble or only include the last paragraph. The most important paragraph is the first one because it discloses the intent of the proposed amendments.

A review of this paragraph shows that the sole purpose of the proposed amendments was to prevent the federal government from “misconstruing or abusing its powers.” To accomplish this, “further declaratory and restrictive clauses” were being proposed. The amendments, if adopted, would place additional restraints or limitations on the powers of the federal government to prevent that government from usurping its constitutional powers. Every clause of the Bill of Rights, without exception, is either a declaratory statement or a restrictive provision.

In reality, the Bill of Rights placed additional or secondary restraints on the powers of the federal government concerning the rights of the people and powers reserved to the States. That is why the words “no,” “not” and “nor” appear throughout the Amendments instead of the word “granted.”

In the case of United States v Cruikshank, the United States Supreme Court held that the rights enumerated in the Bill of Rights were not granted by the Amendments and are not dependent upon the Constitution for their existence. The Court also ruled that the Amendments were restraints on the powers of the federal government and it is the duty of States to secure the individual rights of the American people.
One of the most definitive and succinct interpretations of the Second Amendment is found in the Court’s second holding:

“The right there specified is that of ‘bearing arms for a lawful purpose.’ This is not a right granted by the Constitution. Neither is it in any manner dependent upon that instrument for its existence. The Second Amendment declares that it shall not be infringed: but this, as has been seen, means no more than that it shall not be infringed by Congress. This is one of the amendments that has no other effect than to restrict the powers of the National [Federal] Government…”

All subject matter on this website is private property and will be used in common Law as basis of belief and actions which are on the record public and private.

Anybody wishing to reprint or use any information found herein can do so for moral and lawful purposes only.

Many Thanks, and may many Blessings be yours.

The Federal and Local governments serve the people. People do not serve governments.

The Brady bill is not constitutional. The Federal government only has control of federal employees, taxpayers, and US citizens. This are "PERSONS" the government assumes is domiciled in the "District of Columbia."

​There is no Law of this Congress that can steal any of my inherent rights!